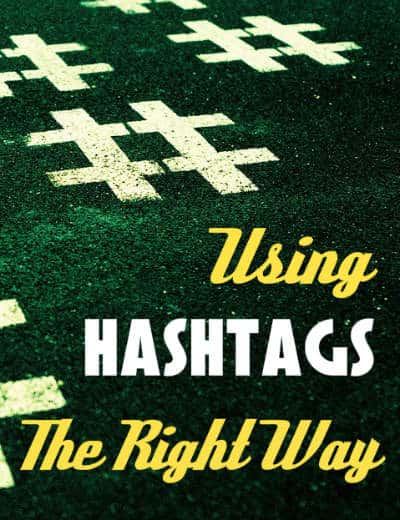 What are those funny little symbols? You know the ones I mean. Those criss-crossed lines that I see everywhere on Twitter. I think it’s called a hash or pound sign, and everyone is using them!

But what are these crazy little critters for? I mean really!

If I don’t use them, does it mean I am missing out on something?

YES! Your tweets could be even better.

When you send a tweet on twitter, only the people who are following you might see it. Unless you are Justin Bieber (Hi Justin, hope you are enjoying the blog!) that means only a few thousand people, give or take.

But actually, that number is not even right. Think about it. Some of those people are asleep. Some are not paying attention. Some are even busy working! Crazy, I know. But I heard it happens.

Let’s face it. Not many people are reading your amazing tweets, and therefore even less are getting to see your awesome content.

Wouldn’t it be great if you could expand your audience for free?  You would love that, right? Kinda of like a two for one deal, but without the one. So, two for nothing! Can’t get any better than that.

And with hashtags, that is exactly what you are getting.

Maybe you are new to Twitter, or perhaps a little confused by the whole “hashtag thing”. I know it can seem a little strange – these weird little symbols and words.

What is a hashtag on Twitter? In essence: Hashtags are simply a way of categorizing tweets on Twitter.

They provide a way to search for tweets. So by using hashtags you make your tweets more findable. And that means more people will see them.

And that is what we all want in the end, right?

The Anatomy of a Hashtag

Let’s take a closer look at a hashtag, so you can see how easily you can make one yourself. Even in the comfort of your own home.

As you can see, they can be long or short, capitalised or not, include numbers, words or abbreviations and so on.

This is the recipe for baking a hashtag:

Not satisfied with the above? The following link is a more complete guide to what is allowed in Hashtags if you really want to know more.

Using Hashtags – Here are some examples

Hashtags are actually used for a wide variety of reasons.

Let me show you how and why people are using Hashtags, so that you can get a better understanding of their use.

Hashtags to expand your tweet’s reach

If you are tweeting some content or a specific message to the world, you obviously want to reach the widest audience possible. Having a large following and getting retweets from your tweeps, is one way to do this. What is also effective (and almost no effort), is adding relevant hashtags to your tweets.

By doing this, you are expanding the reach of your tweet to people monitoring those hashtags. It may seem strange, but people in the know are doing that as we speak.

Just adding a few relevant hashtags to your tweets will get you noticed by boat loads of new and relevant people.

Another popular use of hashtags is for events. One such hashtag is #SWSX13, used by the South by South West festival this year in the states.

This is a way of centering a conversation around a particular topic/event and bringing like-minded people together during that event.

It is also a great way for the organizers of the event to monitor the tweets to see if there are any issues, improvements to be made or just to increase engagement.

Social Media Today has a helpful post on hashtags for events if you are thinking of creating one.

Another  related use is when there are huge catastrophes, like typhoon Haiyan in the Phillipines recently. Then hashtags  (eg. #Haiyan) are born to help out those affected. People send their messages using these hashtags, and money is also raised the same way.

Of course this same idea is also applied to popular TV shows and movies to get the audience talking and creating some buzz before and during the show or screening. Now you know why hashtags appear in the corner of the screen when you are watching your favorite show!

Similar to the event hashtags, but more somewhat more focused, are Twitter Chats.

People who want to chat on a specific topic, often at a specific time, use a hashtag and special Twitter chat tools to participate in these conversations.

The hashtag is then used to ensure that all your tweets are seen by those participating. And the tools mentioned above give you a simple way of participating in the chat.

Hashtags are also used by people in lots of creative ways. Some are useful, others… not so much.

Here are some examples of hashtags for special purposes:

There are many more of these kinds of hashtags, so I won’t even try to create a complete list.

The other main, and perhaps more random use of hashtags is to emphasize things in your tweets. If you have used Twitter for a while, I am sure you will have seen these kinds of tweets. They contain randomly “hashed” words, that seem to really have no purpose.

It has become such an annoying part of Twitter for some people, and Justin Timberlake famously made a video making fun of it.

Using Hashtags – Here is how to do it

Now you know what a hashtag is and where people are using them. But how do you include them in your tweet?

In a previous post, I have shown you how there are lost of factors to consider when you are creating the perfect tweet. And one of the more subtle ones is the hashtag.

There are two schools of thought when adding a hashtag, and I will do my best to explain them both.

Hashtags at the end

This is my preferred way of using hashtags, because I find it is easier to read the tweets.

Basically, you place all the hashtags you are using to categorize your tweet at the end.

If you think about it, it kinda makes sense because the main tweet is then clean and uncluttered by strange/highlighted characters. The hashtags play no role in the actual tweet sentence, so why not just move them out of the way.

Here is an example from tweet master Jeff Bullas:

The other main method of hashtagging is to pepper your tweets with hashtags. This usually only works if the tweet contains the hashtag words you need.

I find these tweets less readable, especially when there are more than a few hashtags, because they are highlighted by twitter and twitter tools (these screenshots are taken from Tweetdeck).

Here is one I just found in the #socialmedia stream I have:

Which method is best?

Although I am a huge fan of the “hashtags at the end” method, I will not go so far as to say it is the best. I suggest you take a look and see which you think reads the best and make your own decision.

There is of course another factor that decides for you in some cases, and that is tweet length. If you don’t have enough room for hashtags, then simply adding the # to a word may be your only option.

How many hashtags can you use?

I sometimes go for more if they are small and don’t dominate your tweet. You can see in Jeff Bullas’ example above that he also agrees, and uses three. That seems to be common if you watch some of the top social media people.

The main thing to watch is that you do not go overboard and flood your tweet to the point where it is no longer readable.

Here is an example of how ridiculous it can get:

What hashtags should you use?

There are no clear rules for knowing which hashtags you should use in your tweets. I suggest you pay attention to the hashtags that are being used in your niche and take the ones that make sense for your tweets.

There are also some helpful tools such as hashtagify.me  and hashtags.org where you can find related hashtags, their meaning, popularity etc.

I have also made a useful list of hashtag and twitter chat tools you should check out.

Following and Searching for hashtags

If you also want to watch a certain hashtag, there are a number of ways you can do it.

So now you know all there is to know about hashtags.

They are not as scary as they seem, and they can really help you out by expanding your audience on Twitter for free.

Simply choose the relevant hashtags for your tweet, place them in the appropriate place and you are done.

Be careful not to go overboard and become the target of Justin Timberlake’s next comedy adventure!

Are you using hashtags in your tweets?

How have you found hashtags useful?

Let me know in the comments below.

About the Author Ashley Faulkes

Ashley is obsessed with SEO and WordPress. He is also the founder of Mad Lemmings. When he is not busy helping clients get higher on Google he can be found doing crazy sports in the Swiss Alps (or eating too much chocolate - a habit he is trying to break).