Learn How To Find Killer Keywords 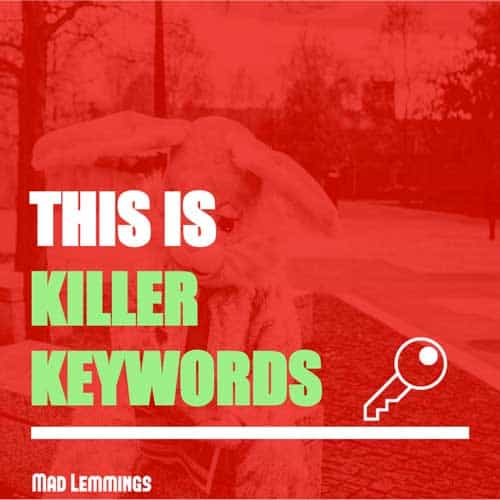 Transferwise Review: Transfer Money Overseas For Just 1%
How To Start An Online Business, Tips and Tricks From 52 Experts
Over 100 Internet Business Ideas To Make Your Millions Online in 2017
How To Focus and Achieve Mind-Blowing Results as a Solopreneur
5 Simple Ways To Win More Clients For Your Business

Most of my friends and family have no clue what I really do.

Nor do they ever ask.

Well, that is not quite true because there is the odd dialog like this:

Me: (internally) Groan, why does no one care what I do. Or how much I struggle on a daily basis.

We suffer in silence :> I guess it is part of being in a fringe-group? You know, like in high school.

Part of a club that no one understands.

In fact, this is not new to me as it is something that I have gravitated towards all my life.

Solo-sports that lead to injury.

Hobbies that no one understands.

And working solo, at home, with almost no one in my closest circle doing the same. it can be tough.

But, there is a lot to love about being a solopreneur, and that is what we should all focus on!

Coz it freakin’ rocks! Even if my friends and family think I am weird(er).

So here is a short(ish) list of why I love the solopreneur-life, and am never going back to a “job” (and you should too).

Need A Solopreneur Website? It doesn’t have to cost a fortune. Find out more!

1. What Time Do You Start Work?

Whenever the hell I want!

In reality, mostly pretty early. Actually, apart from slapping together a quick coffee and muesli, I am straight into my little rabbit hole – aka. the office.

But I could start whenever I want, seriously!

In fact, just last Thursday, I dropped my girlfriend off at the train station and then went to the gym. Because I could (and it’s way quieter in the morning).

Come 9am, I was back home, showered, eating breakfast, buzzing with energy and ready to answer those emails!

Other days, I just hit the snooze button -5 or 6 times.

Late to work? Not me. I can work whenever I want baby, yeah!

But then I also save tons of time each day because…

2. My Commute Is Insanely Short!

In fact, it is about 3 metres (or 10 feet for those using the ancient measures!).

I remember the days back in Australia when I used to drive at least an hour each way, battling that insane metal collection called traffic!

Then, when I worked in Zurich, I used to ride my bike to the train, wait for the train, commute into Zurich, then walk again to work.

Sure it was rather short, 45 minutes with great exercise, but now I have a 2 minute commute!

How long is your commute? Are you wasting your life in a car or train? Life Could Be DifferentClick To Tweet

But it is because I am addicted to seeing results. Results that I have created.

However, in between those massive spurts of work, sometimes on Sundays (like now, I am writing this at 5pm Sunday) I can do other things.

I remember a call I took from a client last summer…while I was out mountain biking.

My reply: “No problem, just out mountain biking, what’s up?”

I was troubleshooting an issue they had with their website while I was out biking in the forest near my house.

Not likely to happen in most jobs? (At least not at Yahoo, while Marissa is the boss!)

That fateful day, I had decided to take a break at 3pm and enjoy the sun. Knowing that I can work later if I want.

Or, not at all, if I have nothing burning to do.

4. You Can Reward Yourself

This used to really annoy me.

In fact, if I was not writing online, I would have sworn a lot more by now! I still hear about this issue from most of my loved ones or friends.

Lack of worthwhile pay rises. What is up with that?

A few years back, as a lead software developer: I busted my hump, running a team of about 7 developers, traveling around the world training them (and doing their work for them too) all for a measly 1.5 % pay rise. (I am making that number up because I don’t remember the number, but it was painfully small). In fact, I later left and traveled around South America instead. Far better choice!

My point here? You work your ass off each day, week, and month, all for the benefit of someone else (or someone else’s company) and for the reward of a small pay rise – if you are lucky!

Those days are gone my friend.

Now I can reward myself. And if you were flying solo, so could you.

Work harder, get more clients, my company gets more profit…I get a bigger salary.

There is a direct correlation between my effort and my salary.

No more “I am sorry, but you are at the top of your salary band!”

That is how you lose great employees my friend.

5. Hang With Other Weirdos And Experience Life

As a budding Solopreneur, you might discover you need to make new friends.

Well, as I mentioned above, your current friends will be living in a parallel universe. And it will be hard to have meaningful work-related conversations with them. Don’t sweat it though, there is a solution:

Start hanging with other weirdos who are going it solopreneur too!Click To Tweet

Your world will change, and you will meet loads of people with whom you never would have crossed paths.

(yes, you are now moving in the other “solopreneur” universe).

Not only that, but people will start helping you for no reason.

You will sometimes have more friends online than offline. And more skype chats than ever before.

The depth of relationships, through shared struggles, amazing highs, conferences and the like, can truly be amazing!

And inspiring people, as well as being inspired, is very rewarding. (Instead of just listening to people moaning around the water cooler!)

My life has expanded into a new dimension, with new people, and new experiences.

I have already touched on this above, but it is so killer it’s worth mentioning again!

As A Solopreneur, You Are Your Own BossClick To Tweet

Hate being told what to do?

Or when to do it?

Wish you could decide what to do today?

As a solopreneur, it’s all up to you.

Sure, it can have it’s downsides (no one is pushing you to work, or telling you what to do/how to do things).

But, once you get the hang of it!

It is a sweet deal. I can tell you.

Need A Solopreneur Website? It doesn’t have to cost a fortune. Find out more!

The Solopreneur Dream Can Be A Reality

Nothing worthwhile is easy, that much I can tell you.

In fact, it took shattering my leg to make me realise I needed a change (I really hated what I was doing before).

And it has taken me a while to figure things out.

But that is all part of it.

The main point is this: going solo is not for everyone, and it is not the easiest thing in the world…but the rewards are truely amazing.

So what are you waiting for?

Join the Solopreneur Revolution with us!

About the Author Ashley Faulkes

Ashley is obsessed with SEO and WordPress. He is also the founder of Mad Lemmings. When he is not busy helping clients get higher on Google he can be found doing crazy sports in the Swiss Alps (or eating too much chocolate - a habit he is trying to break).

Elementor Hello Theme Tutorial: Everything You Need To Know

Keyword Modifiers Will Help You Beat The Competition On Google

How To Start An Online Business, Tips and Tricks From 52 Experts